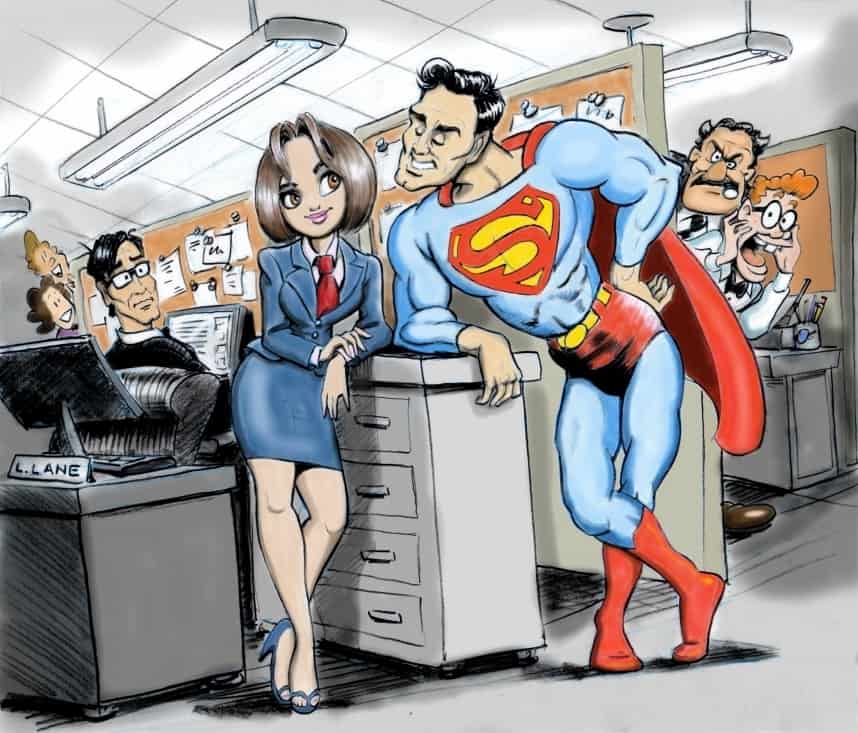 8/6/11   I was never very much into the whole super hero thing. Ralph Bakshi was aghast when I told him I probably bought more Archie comics as a kid than Superman comics. A good many of my students at the Joe Kubert School are very into this guy, however, so I have made my first attempt here at drawing him.I think if I were the Man of Steel that this is how I would tend to use my powers. 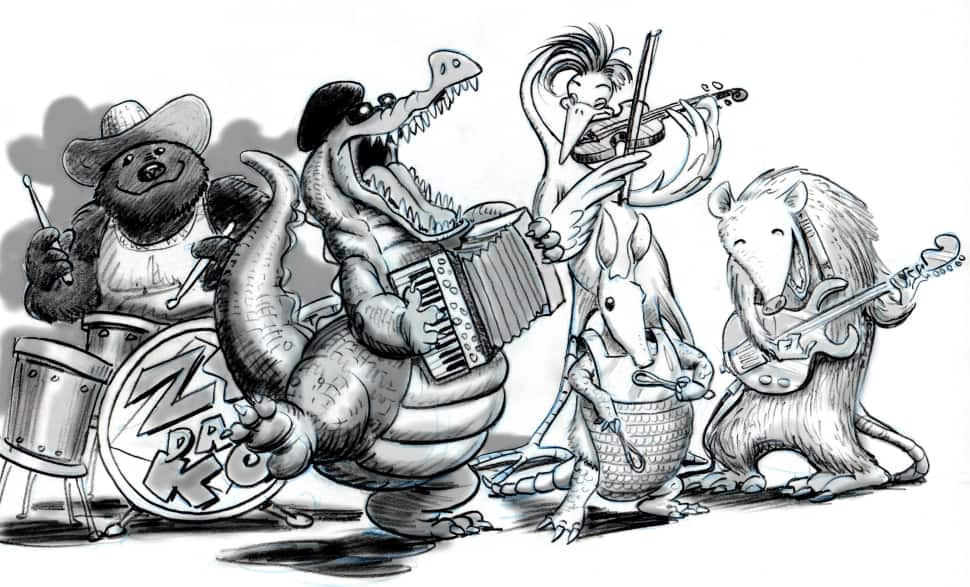 8/3/11   I did this after copying a CD for a friend of mine of a sampler of my favorite down home partying music genre, zydeco. I tried to use native Louisiana wildlife.

7/30/11   The announcement of the plans to make a movie out of Patrick McDonnell’s Mutts comic strip has led to speculation amongst animators as to whether the movie will be done in the wonderful drawing style of the original or computer generated a la say the Over The Hedge movie. I wondered if the characters would be as fun to draw as they look and after my first shot ever at them (above) I can report that this would be a traditional animator’s dream. They are loose and flexible and simply designed and the style is pleasing and whimsical. What a shame it would be to lose this in the movie version. 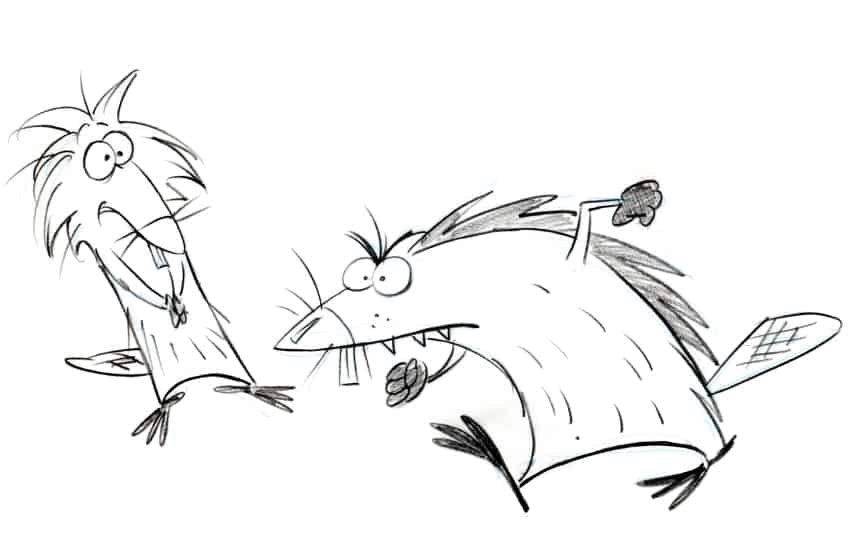 7/27/11   HAPPY BIRTHDAY to the amazing Dean Yeagle! This sketch was inspired by a pic of him at Comic-Con 2011 this past week with his Mandy model. 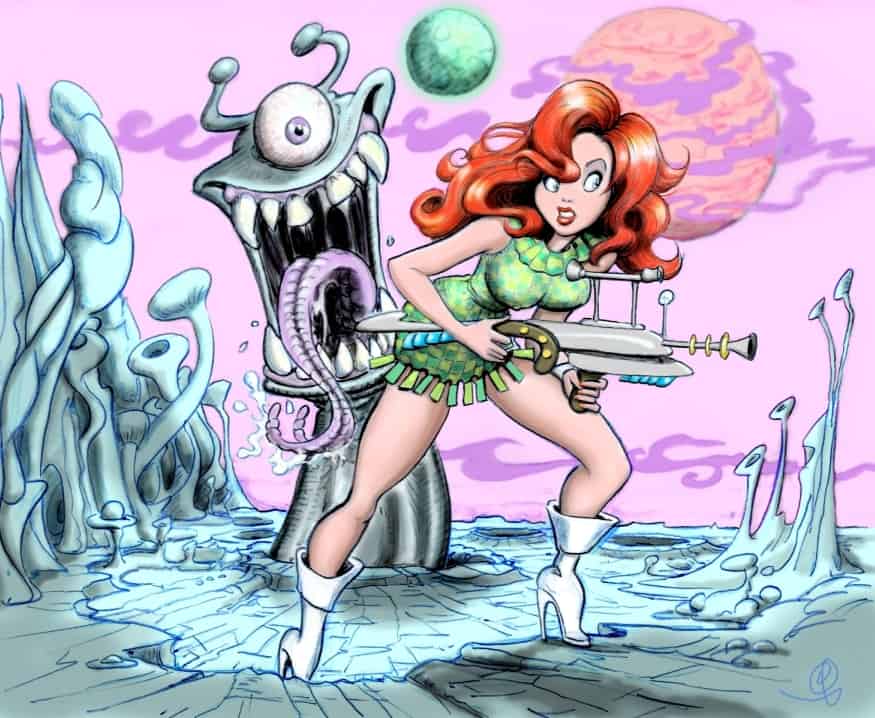 7/24/11   I scanned the pencil drawing and thought I’d add a little color and ended up painting over the whole thing. I kept the pencil lines pretty well intact though. Thanks to Wil Branca who linked to the Barbarella clip that inspired this one.