Welcome To Karmatoons, comics fan blog. As a kid, we all grow up reading or watching some of the other comics books and cartoons. There is hardly any of us who have not waited for the release of the next comic books series of Tintin or Asterix. The comics books of the dc and marvel comic characters are counted among the world’s best comics till date. These characters have inspired so many tv series, movies, and other shows but still, the charm of reading the worlds best comics in the books has always been special. The 80s and the 90s have been considered to be the golden age of the world’s best comics. That was the age when the best selling comic books were released. 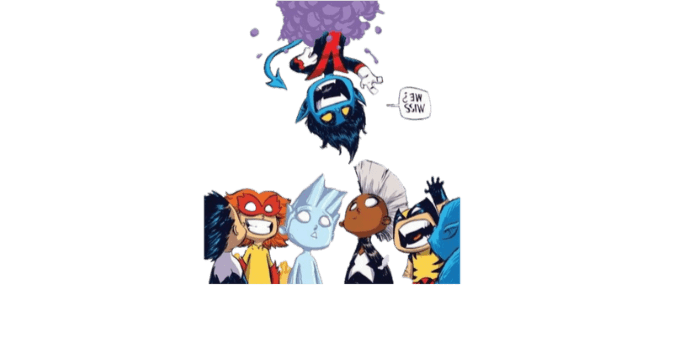 What makes the comic books so special is the illustrations and the graphics. Tintin would not be so special if Harge did not work hard on the graphics and illustrations that made it one of the worlds best comics. Images always play a big role in making the narrative more interesting. Ever since the prehistoric time’s man has been painting out his thoughts and that is very much clear in the rock paintings when mankind had just begun to evolve. Comic books came into the picture in the 1800s when they were published in the newspaper in an episodic manner. Gasolene Alley and Katzenjammer Kids were among the first comic stories that were published. These were later on published as the compilations and brought out as comic books. This became a trend later and comics in different themes started being published such as Light humor comics like Peanuts, Superheroes comics like The Spectre, Adventure comics like Tarzan, Memoirs like My Friend Dahmer and many more.

Which Was The First Comic Book Released

The first comic book released was named Famous Funnies that came out in 1933 in the USA and belonged to the comedy genre. But it is much-debated whether The Adventures of Obadiah Oldbuck from Europe was the first that came in 1837 that was redesigned and made popular in 1941. Since the popularity of this comics came right now in 20th century Britain, experts consider the former American comic book to be the first. However, this opinion is split among two schools of thoughts. No matter what, these comics are still very much relevant and is a favorite of a lot of people.

check out our blog

What Happens at Comic-Con and Why It’s Awesome

The comic con of san Diego is a convention of geeks from different fields. The geeks can be of any field, be it gaming, or comics or software or anything, but what is common among all of them is the passion and love for technology. This convention started really small but has been growing in leaps and bounds over years as more and more geeks throughout the world are joining the convention every passing year. The game makers are allowed to come here and tell the crowd about their stories and the same goes with the comic writers too.

The best of the online comic games are:

It is difficult to answer this question as there are almost an equal number of followers of both or the fan following may also be overlapping each other. But when it comes to choosing one, its easy as the characters of the dc comics are darker and shadier whereas the characters of marvel comic are more frivolous. Marvel and dc, both make excellent tv-series and toys that have been very popular among the younger population. But online casinos managed to satisfy both groups equally, providing a vast number of themed slots games inspired by the comic universe. Many offer super bonuses that you can use and increase your winning chances instantly. Learn more about it at the FirstDepositCasino guide, see what it takes to become a winner, and how to withdraw your winnings. This debate will be neverending as the fans of the series are quite serious about their choices as their favorite characters in the comic series.